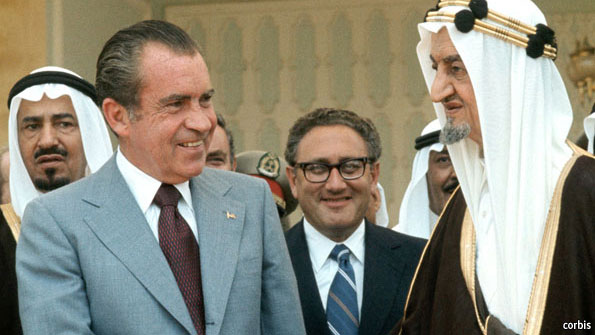 The delegation has also highlighted these points with Shah Faisal. During the meeting, a journalist mentioned the punishments from Shah Faisal that why you have enforced such a serious punishment? It is against the full human rights.

The journalist’s question didn’t make angry Shah Faisal, but he kept listening to the journalist’s words. When the journalist completed his talk, Shah Faisal remained silent for a few seconds. Then he asked you came here with your wife?👭, Some journalists said yes. Shah Faisal said, “There are a few days left for your visit to the end. You go to the city’s gold market with your bags and ask your women to buy gold jewelry from your choice.

Shah Faisal will pay their jewelry money from his side. After that, by wearing jewelry you go freely in Saudi Arabia’s markets and streets. No one will try to steal it.

when you return to the USA 🇺🇸 and try to do the same in America markets or streets without any security concern? Will your women wearing jewelry around the streets of America without hesitation?

When Shah Faisal asked this question from the Journalists, they don’t have an answer, some journalists said, “We cannot step out from the US airport by wearing any precious or gold jewelry”.

Shah Faisal replied, “The implementation of such severe punishments in Saudi Arabia is only your answer. You answered your question yourself.”