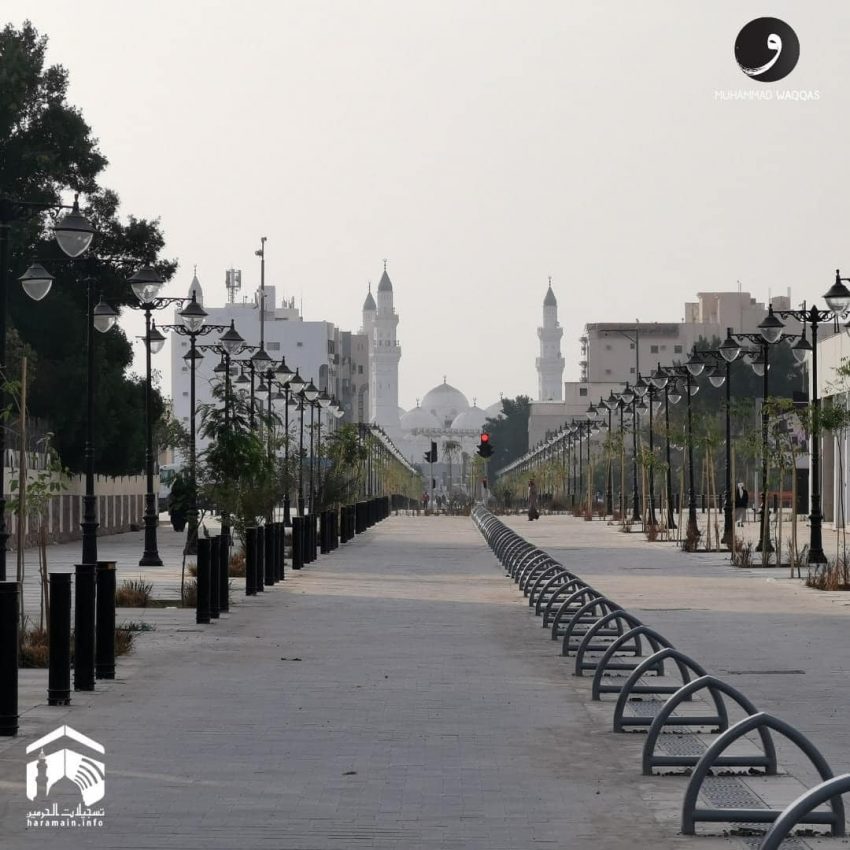 Did you know that there is a direct path between Masjid An-Nabwi to Masjid Quba?
Enroute location 📍below at the end👇
The path starts from Masjid Ghamama which is located just outside the North Eastern courtyard of Masjid An-Nabawi (front right side of the Masjid). 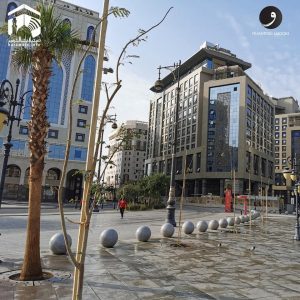 It is roughly 5,000 steps from there to Masjid Quba and takes between 40-45 minutes at normal pace. The walk is pleasant, especially these days with the cool weather, and mainly flat. 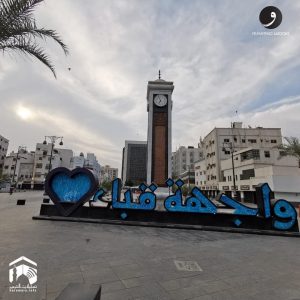 Ibn ‘Umar (may Allaah be pleased with him) said: “The Prophet (peace and blessings of Allaah be upon him) used to come to Quba’ riding and walking.” According to another report: “and he would pray two rak’ahs there.” (narrated by al-Bukhaari and Muslim) 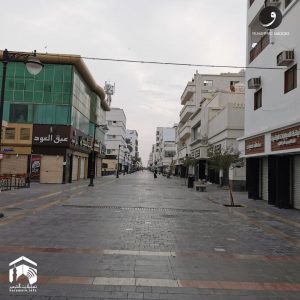 The Prophet (peace and blessings of Allaah be upon him) also said, “Whoever purifies himself in his house then comes to the mosque of Quba’ and prays there, he will have a reward like that for ‘Umrah.” (Narrated by Ahmad, al-Nasaa’i, Ibn Maajah and al-Haakim) 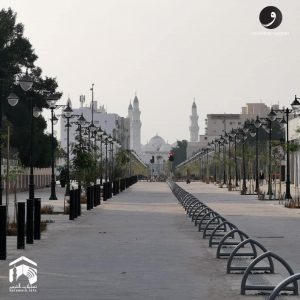 Ibn `Umar (RA) also said: “The Prophet (ﷺ) used to go to the Mosque of Quba every Saturday (sometimes) walking and (sometimes) riding.” `Abdullah (Ibn `Umar) used to do the same. 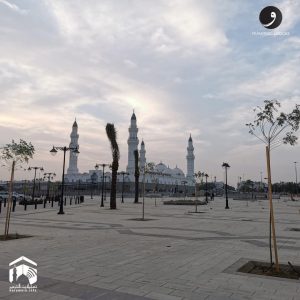 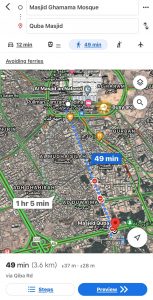