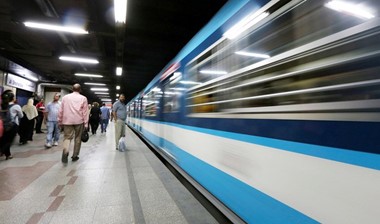 The citizen did this by making this move, not only that he and others risked their lives. He should have used the underpass to get the passenger train platform from the mall platform. Egyptian Railway Administration

The father who played for his life has been fined by the railways for saving his Daughter from a train in Cairo. According to media reports, the Egyptian railway administration has fined the girl’s father 50 Egyptian pounds after a video went viral on social media. According to Egyptian newspaper Alyum al-Saaba, the railway administration has taken the stand that the Egyptian citizen has taken this step and risked not only his own life but also the lives of others.

According to Arab media, the incident took to the railway station in the Egyptian city of Ismailia. While many passengers were waiting for the train, which seemed to be coming from a long way. There was an Egyptian youth standing with his daughter. Suddenly the girl went down from the platform. The screams of all the people there were gone. The bokhalay father jumped down the platform without caring for his life, and he hid his daughter there.

The two were barely able to stand in a 1.5-foot space between the platform and the platform. During this time, the people there wept and demanded the safety of the father and daughter. For several seconds, the iron-and-iron men of the train passed just a few highs from their bodies. God’s kindness did not bring them to the end, and they were able to survive. As the train passed, the people on the platform also came down from the platform and thanked God for seeing that both fathers and daughters were fully protected in this heart-rending event.