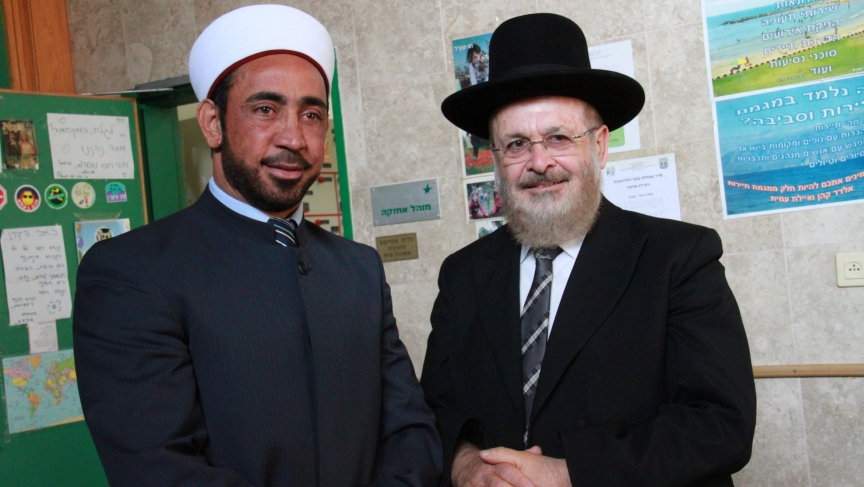 Both holy days occur on the 10th day of the month, Muharram for Muslims and Tishri for Jews.

This coming year may become a very good year because this year both Jews and Muslims worldwide are fasting together on the same day,” Rabbi Allen S. Maller wrote.

According to Rabbi Maller, the Jewish new year 5779 CE, began with the new moon arriving on making it the first day of the Jewish month of Tishri.

Meanwhile, the Muslim new year, 1440 H, began with the new moon, making it the first day of the Islamic month of Muharram.

“Thus, both Jews and Muslims this year will fast on the same day.”

Maller goes on to show similarities between Islam and Judaism since early ages.

What Reason behind the fasting?

Ibn ‘Abbas (may Allah be pleased with him) said: “The Prophet (peace and blessings of Allah be upon him) came to Madinah and saw the Jews fasting on the day of ‘Ashura’. He said, ‘What is this?’ They said, ‘This is a righteous day, it is the day when Allah saved the Children of Israel from their enemies, so Musa fasted on this day.’

” A version narrated by Imam Ahmad adds: “This is the day on which the Ark settled on Mount Judi, so Nuh fasted this day in thanksgiving,” and “commanded [the Muslims] to fast on that day” – according to another report also narrated by al-Bukhari: “He said to his Companions: ‘You have more right to Musa than they do, so fast on that day.’ ”

Fasting the 9th and the 10th of Muharram is a Sunnah of Prophet Muhammad (peace and blessings be upon him) that goes back to a long time before Imam Hussein.

For Sunnis, `Ashura’ marks the day that Prophet Musa, peace be upon him, was saved from Egypt’s pharaoh.

Muslim scholars have agreed that it is good to fast on the day of `Ashura’, although it is not obligatory.

`Ashura also marks the killing of Imam Hussein, the grandson of Prophet Muhammad (peace and blessing be upon him) in the year 680 AD in Karbala.

Mind these Innovations Common on ‘Ashura’
Shaykh ul-Islam Ibn Taymiyyah (may Allah have mercy on him) was asked about the things that people do on ‘Ashura’, such as wearing kohl, taking a bath (ghusl), wearing henna, shaking hands with one another, cooking grains (hubub), showing happiness and so on. Was any of this reported from the Prophet (peace and blessings of Allah be upon him) in a sahih hadith, or not? If nothing to that effect was reported in a sahih hadith, is doing these things bid’ah, or not? Is there any basis for what the other group do, such as grieving and mourning, going without anything to drink, eulogizing and wailing, reciting in a crazy manner, and rending their garments?
His reply was: “Praise be to Allah, the Lord of the Worlds. Nothing to that effect has been reported in any sahih hadith from the Prophet (peace and blessings of Allah be upon him) or from his Companions. None of the Imams of the Muslims encouraged or recommended such things, neither the four Imams, nor any others. No reliable scholars have narrated anything like this, neither from the Prophet (peace and blessings of Allah be upon him), nor from the Sahabah, nor from the Tabi’in; neither in any sahih report or in a da’if (weak) report; neither in the books of Sahih, nor in as-Sunan, nor in the Musnads.

“As for the other things… [such as above] none of it has anything to do with the Sunnah of the Messenger of Allah (peace and blessings of Allah be upon him) or the way of the Khulafa’ ar-Rashidun.
Al-Fatawa al-Kubra by Ibn TaymiyyahIbn Al-Hajj (may Allah have mercy on him) mentioned that one of the bid’ah on ‘Ashura’ was deliberately paying zakat on this day, late or early, or slaughtering a chicken just for this occasion, or – in the case of women – using henna. [Al-Madkhal, part 1, Yawm ‘Ashura’]

May Allah azza wa jall accept this as an act of gaining knowledge of Islam and guide us to act upon it, accept our fasts and admit us to the Highest Jannah without reckoning, Ameen.

Share with as many others as possible and inshaa’Allah it’s a sadaqah jaariyah for you.