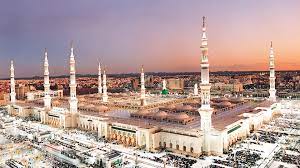 Medina city setting its example in beauty is located in the western region of Saudi Arabia. Medina is considered the second holiest place of Islam after Makkah city. It’s the capital of Saudi Arabia. According to 2020 statistic medina city comprises 1,488,782, and the population is the fourth most populated being in the world. This city is populated because most visitors visit this city due to holy places being situated there.

Masjid e Nabvi is the second largest masjid situated at the center of Medina in Saudi Arabia. Erected by being our beloved Prophet Muhammad [peace be upon] after the migration from Makkah to the medina. Also popular by its second name the Prophet Mosque. Here are the 5 hidden spots inside Masjid -e-Nabvi; 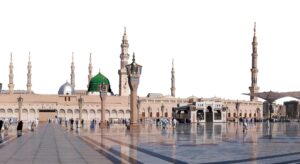 The land of Masjid belonged to two orphans when they came to know that Prophet Muhammad[peace be upon] wanted to buy their land and wanted to erect a mosque on it. They came to Prophet and express their desire to gift their land to Prophet Muhammad[S.A.W] but Prophet refused to accept their gift. The reasonable price was paid by Abu Ayyub al-Ansari. Majid was built in 622 AD. 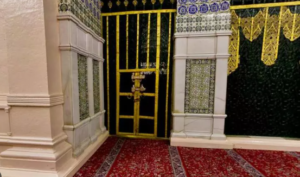 Hazrat Fatima was beloved daughter of Prophet Muhammad[peace be upon] and wife of Brave warrior of Islam Hazrat Ali [R.A].Her house is marked on eastern side of Roza Rasool[S.A.W]. 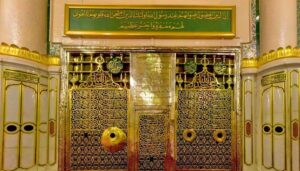 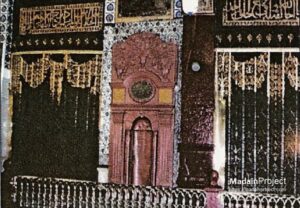 Mehrab-e-Tahajjud was the holiest place in Masjid-e-Nabi where Prophet Muhammad[peace be upon] were offer Tahajjud prayers in his life. It is located behind the spot of Roza Rasool spot in line with Bab-e-Jibraeel. People may find this spot interesting. Visitors are recommended to visit their during their tour. 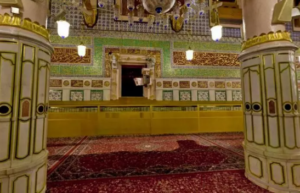 House of Abdullah bin Umar was located in eastern part of Mehrab. He was the son of Umar bin Khattab. His house window opened at opposite to Roza Rasool .House door is opened in Masjid and Hazrat Bilal[R.A] give azaan by standing on one of the pillar of House. 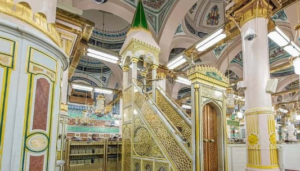 Mimbar was the place where Hazrat Muhammad[peace be upon] get relaxed by lean against a tree specially when he get tired by giving long sermons of islam. By on wish of Ansar Prophet Muhammad[peace be upon] gives permission and mimbar was built on this place. People are recommended to visit these Hidden spots inside Masjid-e-Nabi as their history was associated with islam.