Makkah is a city in Saudi Arabia situated in the desert of the western region of Saudi Arabia. Makkah is considered the holiest city of Islam because here our Prophet Muhammad [peace be upon him] was born and received his first revelation through Hazrat Jibrail in the 7 century. Kabbah is also situated in Makkah. Muslim visit here for Hajj purposes during the month of Zill Hajj. Here 5 Islamic historical places are located in Makkah that are recommended to visitors to visit these places during their tour so that they gained knowledge about Islamic History; Masjid Al Haram is popular as the Great Mosque of Makkah. Built for the purpose to surround the Kabbah in Makkah. Major destination for Hajj and Umrah pilgrimages. The largest mosque in World has a maximum coverage of an area of about 88.2 acres of land. Kabbah is situated at the center of Masjid Al Haram. People walk in a circle around it known as Tawaf as part of performing Hajj. Caliph Omar Ibn al -Khattab built it in the 7 century. According to the Quran that Masjid Al Haram was built before the emergence of mankind on Earth. It was renovated many times due to certain reasons last time it was renovated was in 2018 becoming the home of 2.5 million worshippers on the land of about 187 acres of coverage. 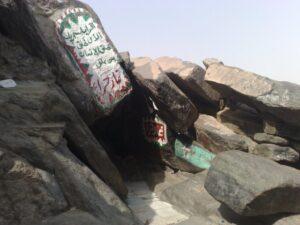 Masjid e Aisha is situated on the road which leads from Makkah to Madina lying away about 7.5 km from Makkah city. Also known as Masjid e Taneem. This masjid has interesting Islamic History when the beloved wife of the Prophet Muhammad [ peace be upon] Hazrat Aisha was in her menstrual period, she was unable to perform umrah. After, when she got purified and present her wish to perform umrah in front of Prophet Muhammad[peace be upon]. He replies by saying that go outside of Makkah wearing ihram and performed umrah in this masjid. Majid e Aisha is a well-popular destination for pilgrims. People who are residents of Makkah and other cities can easily come here and perform hajj and umrah. 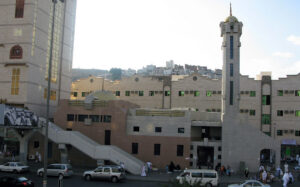 Masjid Jinn is situated by near Jannat al Mualla. Also known as Mosque of Allegiance. Famoused as name of Masjid jinn because it is place where the group of Jins gathered to hear the recitation of verses of the Quran when Prophet Muhammad [peace be upon] was reciting the Quran. After that night Prophet Muhammad meet the leader of a group of Jins and they accepted Islam. This event was mentioned in the verse of Surah Jin of the Quran. Masjid jin is one of oldest masjid in Makkah. It is the most visited place in Makkah. 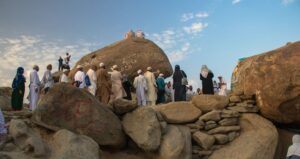 Cave of Thawr situated in lower part of Makkah in Saudi Arabia. A popular incident happened in this cave. When Prophet Muhammad[peace be upon] migrated from Makkah to Madina for raising Islam.  Prophet and his companion Hazrat Abu bakr hide in this cave from foes of Quraish. They spend here three days and three nights in this cave. When Quraish foes come near the cave in search of them. Hazrat Abu bakr got anxious that they will be caught by them but Prophet Muhammad relaxed him. When  foes come at the face of the cave and see inside the cave they saw a spider web covering the enterence of the cave so they returned back because they thought no one is staying here. People visit this cave as it is associated with Prophet Muhammad[peace be upon him]