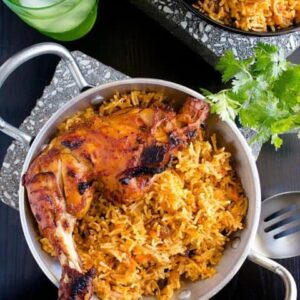 Kasbah is an Arabic rice sort dish that is quite similar to another popular Asian dish Biryani. Saudi Arabia is the place from where it originated. Considered the national dish of Arabic countries like Saudi Arabia, Kuwait, Qatar, Oman, and Yemen as well. The main ingredients of Kasbah usually are Rice, Chicken, Vegetables, and a mixture of spices like Cardamom, Saffron, Black lime and Bay leaves as well. Also being served with fried Almond, raisins, parsley, and yogurt sauce. Asian people which are fond of spicy dishes especially Indian and Pakistani residents must try this dish, as their interest dish. 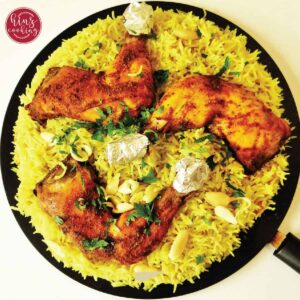 Mandi is a rice meat sort of dish. Considering a national dish in Arabic countries it originates in Yemen. The main ingredients of mandi are Rice, Meat, and a mixture of spices known as Hawajj. Usually, the meat uses in mandi is young lamb as it believes it will embrace the taste of mandi. Considering it as the dominant dish of the region it is enjoyed during feasts of Eid, and weddings. Visitors are highly recommended to taste this dish. Mandi can get easily because it is the main dish of the majority of restaurants in Saudi Arabia. It is also a well-liked dish in Pakistan, Iran, Afghanistan, and India as well. 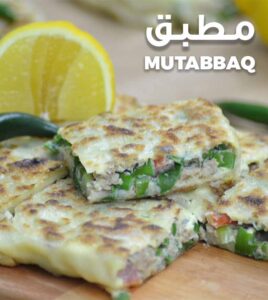 Mutabbaq is a delicious meat spicy meat fill pancake dish. Originate from the Middle East. A well-liked snack especially in the western region of Saudi Arabia. The main ingredients of this dish are  Meat, Green onion, Eggs, and Leeks. Also called different regions as  Muttabak, Metababak, or in India it is known as Spinoff of Mughlai paratha. A well-liked dish in Saudi Arabia as well as in Yemen, Kuwait, Indonesia, Malaysia, and in Singapore. Easily available on the streets of Makkah.

Shawarma is a dish from the Middle East. Originate from Turkey. The main ingredients of shawarma are meat, chapati, Veggies, and sauces that add flavor to it. Shawarma is popular in Saudi Arabia as its access is easy and available at many restaurants. Highly recommended for visitors to try it during their visit. Also a well-liked dish in Indonesia, Malaysia, and other Asian countries as well. 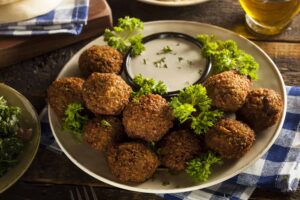 Falafel is a Middle East dish. A deep-fried dish of balls. The main ingredients of Falafel are Chickpeas, fresh herbs, and spices that are in form of balls. Falafel is a vegan sort of dish. A street food dish it is usually made with fava beans in Egypt. It is also served in sandwiches with sauce which adds flavors to it. Also a well-eaten dish in Egypt, Israel, France, and London also. Highly Recommended dish for visitors. It’s been spread to Greece, Brazil, America, and other Arab countries. Popular dish for vegetarians. 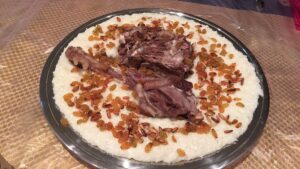 Saleeg is a white rice sort of dish that is usually cooked in milk. Originated from the region of Saudi Arabia. Considering as the national dish of Saudi Arabia. A well-liked dish in the city of Taif. Major ingredients of Saleeg are Rice,  milk, butter, olive oil, and a few spices. Meat usually consumed in saleeg is the meat of chicken, beef, or also lamb. Traditional large platter is known s  tabasi which is used for serving it. Meat is being roasted and served on top of it. Salad is also served with it.Highly Recommended for visitors to try it during their visit.

Which food is mostly Loved and eaten in Saudi Arabia?