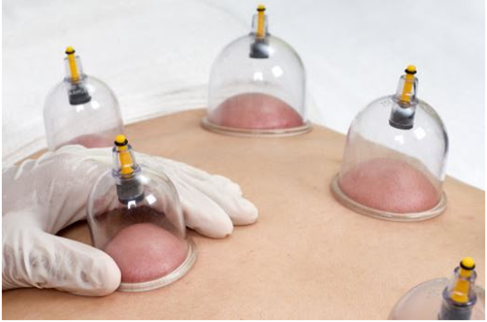 Hijama is the Arabic word which means sucking or vacuum. In English hijamah is also known as cupping. Hijamah as a form of traditional medicine used for treatment and prevention of diseases. Hijama is one of the oldest treatments which has been discussed in the Misri Tib (Ebers Papyrus), one of the oldest medical textbooks in the world (1550 BC). However, it is believed that it has been practiced back from 3000 B.C. Hijama treatment involves the blood sucking that is used for blood sucking that is used for prevention and treatment of certain diseases. It is an ancient, holistic method for the treatment of different diseases. It is ancient form of healing that has been for centuries. Throughout the centuries it has been known as a national, cultural and religious form of therapy among Iranian people. From religious point of view, In Islam hijamah is sunnah. It is the multi-purpose treatment along with the sunnah of the Prophet (peace and blessings of Allah be upon him). There are 70 hadiths in the collection of hadiths on the subject of hijamah.

Popularity of Hijamah in Arab

Hijamah has been practiced thousands for years in Arab world. It is a leading traditional treatment in Saudi Arabia. Due to its importance in cultural and religious expects, Hijamah has gain many popularity in Arab world. It has both cultural and religious context which explains its wide use, practice and acceptance in Arab and Muslim countries. Among other narratives “hadith”, the Prophet said that “Hijamah is the best of your remedies”.

Hijamah is an alternative mode for treatment of any disease. The benefits which distinguish it from other treatments and make it superior to other methods are