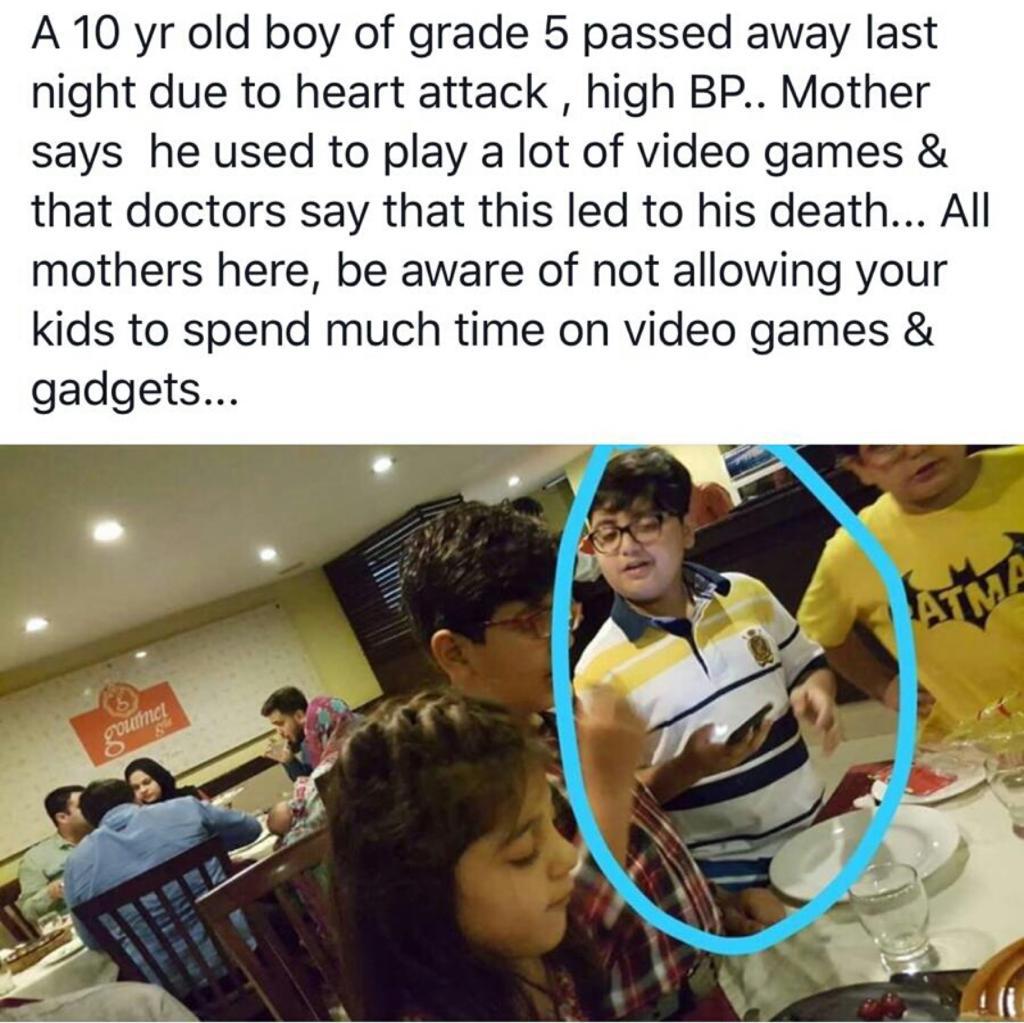 Game phobia is one of the fast growing phobia in kids all over the world nowadays. But kids in Saudi Arabia more addicted with indoor games specially video games.

Couple of days ago that this sad incident happened. A 10-year-old boy passed while playing phobia reasons game due to stress and had Heart attack. Parents rushed to the hospital but the doctors said he is no more and gave the reason that he got much stressed and had high blood pressure that caused his death.

Though the use of gadgets is not good for young kids but specifically this game is so intense and addictive as well. Now a days every other child is addicted to this game and not easy to grab them out of this addiction. Kids get so involved in this game, get aggressive and much raging has been noticed.

But now its the extreme that a child passed by his life. This game must be banned over certain age. Awareness is required both for kids and adults for playing such games.